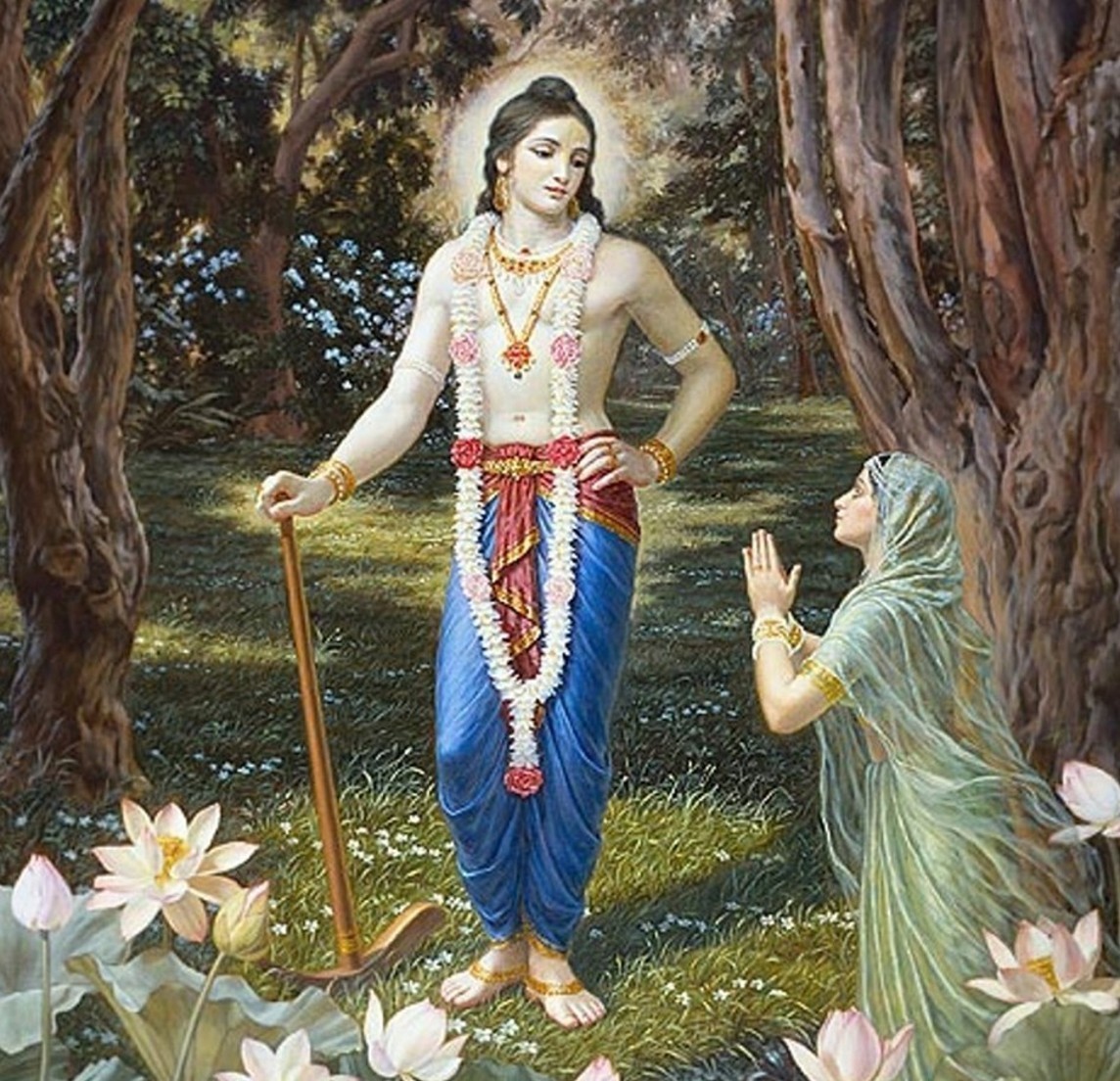 1. Lord Balaram is also known by other names - Baladeva, Balabhadra (strong one) and Haladhara (who holds the plough). All spiritual strength comes from Lord Balaram.

2. Balaram is the direct expansion of Krishna as Vaibhav Prakash and He appears to render service to the Lord, assist Him in His pastimes and activities. Vaibhav Prakash means, that Lord Balaram appears in a mood and complexion, different from that of Lord Krishna. Lord Balaram’s complexion is compared to that of a white spring cloud and He manifests the mood of servitude.

3. Balaram is the first expansion of Lord Krishna and He appears in the Treta Yuga as Laxman, in Dvapar Yuga as Balaram and in Kali Yuga as Nityananda Prabhu.

In each of these avatars, He is always eager to serve and He displays the perfect mood of service.

4. Lord Balaram initially appears in the womb of Mother Devaki and by the power of Yogamaya, the child gets transferred to the womb of Rohini Mata and is born as the elder brother of Lord Sri Krishna. The consort of Balaram is Rewati.

5. It is the expansion from Lord Balaram which gives rise to: Sankarshana, the three Purusha avatars - Maha Vishnu, Garbhodakasyahi Vishnu, Ksirodakasyahi Vishnu and Anantasesha.

6. In all these forms, Balaram serves Lord Krishna and supports all His activities.

Sakhya rasa - as a friend and companion of Krishna.

Dasya rasa – He massages the Lord when He is tired.

Shanta rasa- He expands himself as Vrindavan Dham for the Lord to perform His Lila. He also serves the Lord in this mood as His Asan and Padukas.

Vatsalya rasa - He shows affection and takes care of Krishna like an elder brother.

7. In the Ratha Yatra festival, the three chariots of the Lordships - Balabhadra, Subhadra and Krishna are drawn from Srimandira Puri towards Gundicha.

Lord Balaram is the first chariot which is red and green coloured, followed by the chariots of His sister Subhadra maharani and Lord Krishna.

8. Balaram is the embodiment of Lord Krishna's Sat Shakti or the Sandhini Shakti.

This is the Lord’s existential potency by which Balaram supports the entire universe.

Anantasesha is one of the expansions of Nityananda-Balaram and it is on the hoods of Anantasesha, that the entire Bhu-Mandala rests.

Similarly, Balaram serves as the bed on which Garbhodakasyahi Vishnu lies and He also serves as the Dham - Vrindavan Dham, the bed for all Lord Krishna’s pastimes.

9. Balaram represents the original Guru-tattva and we should approach Lord Balaram for spiritual strength so that we can develop the right service attitude and the mood to serve Hari Guru and Vaishnavas.

10. Sravana Purnima is the appearance day of Lord Balaram and on this day, we should worship Him so that He is pleased and He guides us in our bhakti.

It is said that Balaram carries a plough and with that, He can cultivate the hearts of devotees to make it fertile for the seed of bhakti to grow. This day is also celebrated as Rakhee Purnima.

***
Thank you for visiting.

If You have liked it, then please share it with your friends and loved ones. Please feel free to suggest how can we further improve our service. 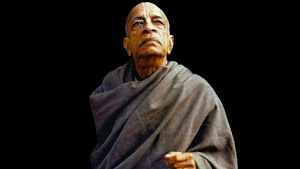