[Published in: ISKCON Kolkata]
Every cigarette packet inevitably carries this warning. Yet we find smokers almost at every corner of our street. Why isn't this warning working? How can people accept something which will ultimately cost their life? The same question goes for all other addiction like alcohols, drugs etc.
An illusion is an instance of a wrong or misinterpreted perception of a sensory experience [Oxford Dictionaries].  Foolishness is a state when we "know" we are smarter than people who try to share the true facts. Bewilderment is a state of being confused and puzzled, where we fail to differentiate What-Is-Correct and What-Is-Incorrect.
In the present age of deterioration, Kali, we are under a deep spell of illusion created by Maya (The External Energy of Lord), who is an expert illusionist. Along with Her (Maya), the unseen effect of Kali, bewilders our mind to an extent that our intelligence falls weak and we listen to our senses. Making the things worse, thanks to modernization, we are ashamed to take the shelter of Guru-&-Shastra (Spiritual Master-&-Scripture).
This state leads to addiction. We see many advertisements of cigarettes and alcohols which openly promise "a cool" lifestyle and "hot" fan following of opposite gender, that appears FREEDOM to the young generation and hence so appealing. This is the major reason why most of the graduate hostels are a budding place of addiction. 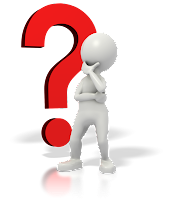 MILLION DOLLAR QUESTIONS:: ARE WE REALLY FREE??? IS THIS REALLY FREEDOM??? The answer is a big NO.
If we think deeply, we are serving our senses. Just as illustrated below, we are like the terrified passenger riding on a chariot (representing our body), which is being pulled madly by 5 uncontrolled horses (representing our senses). The horses are running uncontrollably since the driver (our intelligence) doesn't have control over the reins (our mind).

the state of being enslaved to a habit or practice or to something that is psychologically or physically habit-forming, as narcotics, to such an extent that its cessation causes severe trauma.

So it is not only the Scripture but also dictionary which acknowledges the fact that addiction is a state of being "enslaved".
Actually, slavery is nothing foreign to our nature.

Why would someone want to be enslaved to an addiction? Especially to something that can cost their life?

We all are looking for happiness in this world, which Krishna declared as Dukhalayam (place of miseries). We can try every possible idea of being happy but we will fail for certain. In this stressful and depression condition, intoxication appears to provide a temporary illusion of stress-buster which relieves the consumer. However as soon as the effect or illusion breaks, the person finds himself back to the same miserable situation. His mind reminds him of the illusionary relief achieved by the intoxicant. His senses show the symptoms of "need". Incompetent intelligence makes him decide to try the intoxicant "again". However slowly the body adjusts to the doses, and, every time it requires more and more dose. Eventually, the person gets trapped in a whirlpool of endless-urges-and-illusion.
Many times people spend money and try medication, therapy, psychologist and what not to get "free" from the entanglement of addiction. But the fact remains, it relapses. At times people get addicted to another stuff in order to get rid of the previous.
Just like these addictions which kill our body, there are others which kill our valuable time, a state of consciousness and intellect e.g. Watching Mundane Movies, Pornography, Gambling, Facebook & WhatsApp (😈), there are many if we seriously ponder. These are also dangerous. Even these addictions are imbibed to seek momentary happiness from our miserable life.

What is the solution to quit an addiction?

We the part-and-parcel of Krishna, inherit His qualities (but in a smaller quantity) of Sat-Chit-Ananda. Ananda means happiness. So when happiness or bliss is our property, how can we not look for happiness? Actually, there is no harm in looking for happiness, but, the problem is we are searching in the wrong place. Just like a camel who sucks his own blood while chewing the thorny twigs. The thorns that the camel eats cuts the tongue of the camel. And so blood begins to flow within the camel's mouth. The thorns mixed with fresh blood create a taste for the foolish camel, and so he enjoys the thorn-eating business with false pleasure. This material world is Dukhalayam (place of miseries) and Asasvatam (temporary). Hence we get illusionary happiness for a short duration. We are Sat - eternal. How can we be satisfied with anything temporary? Everything in this material sky, comprising of heavenly and hellish planets, including every demi-Gods and Goddesses, is temporary. So we should redirect our attention to someone eternal - Krishna. Krishna is not only eternal but also a great reservoir of pleasure.
The method of remembering and associating with Krishna, as prescribed by various scriptures is chanting His Holy Name:

In the Ananta-samhita, the glories of the Hare Krishna maha-mantra are explained in these verses:

This mantra is so potent that it can clean all the dirt of one's heart. We have seen many chain smokers, drunkards, drug addicts getting free from their addiction and leading clean, happy and joyful life, just by sincere chanting, without any help of any medication, therapy or psychologist.
Srila Prabhupada explains

If we are not fully engaged in serving Krishna then maya will take the opportunity and engage us in her service causing us to fall from the spiritual platform and again become entangled in material activities.

So let us all try to get addicted to Hari Naam, which will help us release stress and lead a happy and cheerful life.

***
Thank you for reading this article.
If You have Liked it, then please share it with your friends and loved ones. Please feel free to suggest how can we further improve our service. For more interesting articles please check - https://www.padaseva.in/p/sitemap.html
Hare Krishna!
PreviousExistence of God: Simple observation of the world.
NextIs spirituality actually blind faith and superstition?