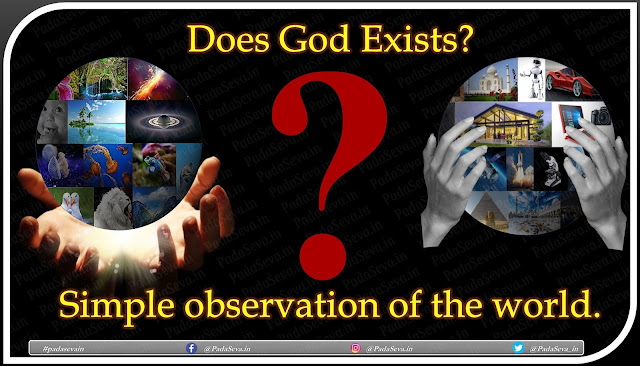 A very common question asked by many "Does God exist?" can easily be answered if one "observes" the world closely. When we look at some beautiful piece of man-made work around us (like painting, sculpture, monument, etc.), we always inquire about the person behind it, i.e, we ask about the "creator".
Few examples: 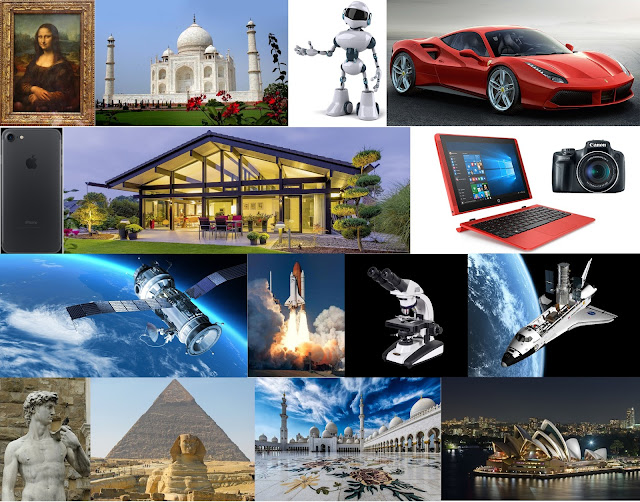 What we subconsciously know and understand is

We call this logical or common-sense. If we come across anyone who says otherwise, we will not consider him very wise.
However our logic and common-sense suddenly goes for a toss when we come across beautiful natural objects.
We tend to ignore a Beautiful Art in Nature, we do not see How organized the world, viz, the solar system is. If for once we would have seen then we would have certainly inquired about the "Brain  / Mastermind Behind It" 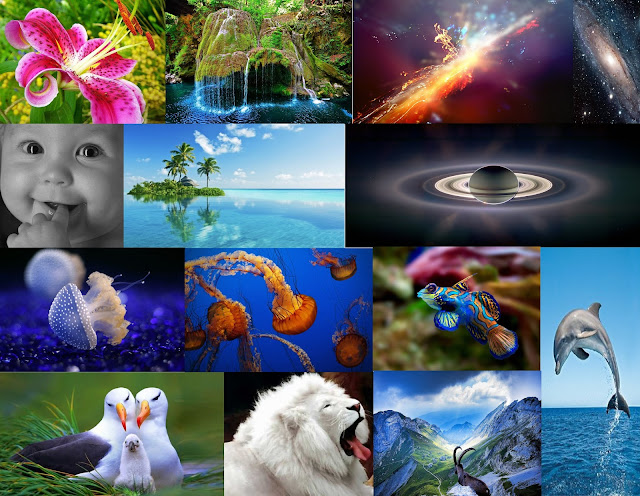 We tend to discard the fact of an intelligent being behind everything, just on the pretext of the so-called advancement of material (modern) science. So let us take some time to see what some of the most eminent scientists, who were the pioneers of modern science, had to say: Albert Einstein:

There is a perfect brain behind all the natural physical laws.

I am very astonished that the scientific picture of the real world around me is very deficient. It gives a lot of factual information, puts all our experience in a magnificently consistent order, but is ghastly silent about all that is really near to our heart, that really matters to us. It cannot tell us a word about red and blue, bitter and sweet, physical pain and physical delight; it knows nothing of beautiful and ugly, good or bad, God and eternity. Science sometimes pretends to answer questions in these domains, but the answers are very often so silly that we are not inclined to take them seriously.

Overwhelming strong proofs of intelligent and benevolent design lie around us.

I believe that the more thoroughly science is studied, the further does it take us from anything comparable to atheism.

The more thoroughly I conduct scientific research, the more I believe that science excludes atheism.

The atheistic idea is so nonsensical that I do not see how I can put it in words.

Do not be afraid of being free thinkers. If you think strongly enough you will be forced by science to the belief in God, which is the foundation of all religion. You will find science not antagonistic but helpful to religion.

This most beautiful system of the sun, planets, and comets, could only proceed from the counsel and dominion of an intelligent and powerful Being . . . This Being governs all things, not as the soul of the world, but as Lord over all; and on account of his dominion he is wont to be called Lord God.

When I wrote my treatise about our system, I had an eye upon such principles as might work with considering men for the belief of a Deity, and nothing can rejoice me more than to find it useful for that purpose.

The true God is a living, intelligent and powerful Being . . . He governs all things, and knows all things that are or can be done.

We, the atom and I, have been on friendly terms, until recently. I saw in it the key to the deepest secrets of Nature, and it revealed to me the greatness of creation and the Creator.

An equation means nothing to me unless it expresses a thought of God.

There is a higher power, not influenced by our wishes, which finally decides and judges.

I bow before Him who is Lord of all, and hope to be kept waiting patiently for His time and mode of releasing me according to His Divine Word and the great and precious promises whereby His people are made partakers of the Divine nature.

We ought to value the privilege of knowing God’s truth far beyond anything we can have in this world.

Some of the misleading scientific "myth" theories

Before we look into the topic, let me share with you a true incident that happened with me. On the way to my office, I pass by a construction site, filled with sand, bricks, concrete, iron bars, kept ready for construction. Yesterday, as usual, on the way to my office, I was crossing the same site. Suddenly bang!!! A massive explosion happened. While my ears were still recovering the impact, I saw myself trapped amidst clouds of fiery smoke and dust. It took almost an hour to realize I was lying on the ground, covered with soot. Slowly as the air got cleared, I saw, miracle!!! There was a beautiful flyover, out of nowhere, at the site of the explosion. Wao!! Yes definitely, it was red hot then. But as it cooled down, it slowly revealed its beauty!!!

You don't believe me??!! Why??? Did I miss something??? What if I put in some jargon, some fancy names, let's call this incident Small Bang Theory of Construction!! Still, don't believe me? What if some scientists manage to "attach" a mathematical formula? Still, won't believe it? WHY?
The simple answer is - Because it lacks logic.

Again, we are logically intelligent so far. But what happens to our intelligence when we hear The BIG - BANG Theory, which states;

According to the Big Bang theory, the universe was born about 13.8 billion years ago. All the matter that exists today was once squished into an infinitely dense, infinitely tiny, ultra-hot point called a singularity. This tiny fireball then exploded and gave rise to the early universe.

Does it even sound like science? From where did this single point/singularity come? How did the matter which exists today, came into this point of singularity? How and why was it squeezed in? So many questions that are never answered by any scientist so far, yet we believe in this theory. Wrapping up Today our society is turning Godless just on the pretext of "so-called" scientific advancement, but as Lord Kelvin said

If you think strongly enough you will be forced by science to the belief in God.

The purpose of this article was to emphasize on the fact that true science and intelligent scientists acknowledge a Supreme Creator and not refuses Him. When we look around us, we should try to be intelligent enough to understand that nothing happened by chance.
***
Thank you for reading this article.
If You have Liked it, then please share it with your friends and loved ones. Please feel free to suggest how can we further improve our service. For more interesting articles please check - https://www.padaseva.in/p/sitemap.html
Hare Krishna!
PreviousExistence of God: See the magic around !!!
NextLet’s get addicted